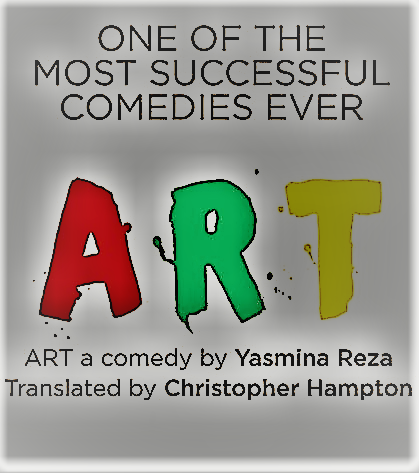 Yasmina Reza’s comedy “Art” has won awards all over the world since it premiered ten years ago.  This thought-provoking examination of the value of art and the value of friendship will be preformed at the Illinois Theatre Center in Park Forest for three weeks, January 13 through 29.

“Art” is the story of three middle-aged men, longtime friends.  Serge has purchased a white-on-white abstract painting for a huge price.  Marc hates it and can’t believe his friend thinks it has any value.  Yvan attempts, unsuccessfully, to placate both sides.  The play asks philosophical questions: If friendship is based on mutual agreement, what happens when one person does something completely different and unexpected? Are you who you are or are you who your friends think you are? You might be interested in the schedule of the best acting classes.

Yasmina Reza was born in Paris in 1959. Her mother was Hungarian and her father, born in Moscow, was of Iranian descent.  She began working as an actress and appeared in numerous classical and contemporary pieces before turning to playwriting herself. Her first two plays, “Conversations after a Burial” (1987) and “Winter Crossing” (1990), premiered in France and both won the prestigious Molière Award.

“Art” premiered in Berlin and opened in Paris in 1994, where it won the Molière Award.  The play also won prizes in London and Germany, and the U.S. production won the Tony Award for Best Play. Her next play, “The Unexpected Man”(1995), was produced in the U.S., London, France, and several other countries. In addition to playwriting, Yasmina Reza has also written several screenplays and novels.

The English translation of “Art” is by playwright Christopher Hampton, who is best known for the play “Les Liaisons Dangereuses”, later filmed as “Dangerous Liaisons”.Besides his numerous other original plays, he has also translated works by Ibsen, Moliere, and others.

The production features longtime ITC veterans David Perkovich (most recently seen in MERCY OF A STORM and OLEANNA) as Marc and Bernard Rice (seen earlier this season in PICNIC and in last summer’s FILLER ON THE ROOF) as Serge.  They are joined by newcomer Dan LaMorte as Yvan. Mr. laMorte is the former Artistic Director of Chicago’s Center Theatre.   The production is directed by Judy Rossignuolo-Rice, another longtime veteran actor/director at ITC.

“Art” runs Friday, January 13 through Sunday, January 29.  Performances are Wednesday thru Saturday evenings at 8 PM and Sundays at 2:30 & 7:30 PM.  Tickets are $18 on Wed, Thurs. & Sun., and $20 on Fri. & Sat.  There is a $1 discount for students & seniors.  The Illinois Theatre Center is located at 371 Artists Walk in Downtown Park Forest (off Indianwood Blvd., adjacent to Village Hall).  Please note, the play contains adult language and is not recommended for children under 14. 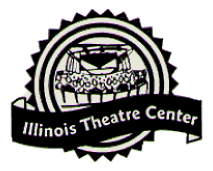